Behind The Scenes with... 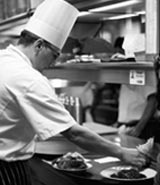 Our Head Chef at Zédel

Born in London, Charles Hilton has spent most of his career in Scotland (it was a hotel in Troon - a small seaside town on the West coast, where Charles first found his calling to be a Chef, at the age of 17). Following a stint in Sydney, Charles returned to London 8 years ago and he has been at the helm of the Zédel kitchen in the role of Head Chef since September 2016. 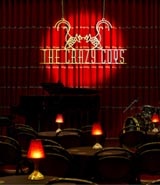 Our Manager at Crazy Coqs

Ensuring the smooth running of all manner of live entertainment from musical theatre, comedy, literary recitals and more, all under one roof, is no mean feat. Since October 2017, it has been the responsibility taken on by Crazy Coqs Manager, Rebecca Little. 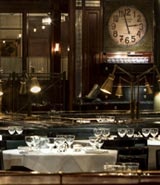 Our General Manager at The Delaunay

Michelle Chillingworth has been part of the Corbin & King family for over seven years. From spearheading Private Dining for the group when she first started, to more recently overseeing Fischer's as its General Manager, she has assumed that same role in our Covent Garden fold since December 2018. 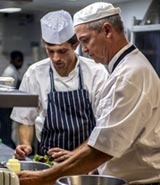 Our Head Chef at The Delaunay

Malachi O'Gallagher, or Mac as he's affectionately known by most, joined Corbin & King in late 2011 as Executive Sous Chef for the opening of The Delaunay. He became Head Chef in April 2014 and four years later, was promoted to the role of Group Executive Chef for The Delaunay, Colbert, Fischer's, Brasserie Zédel and Bellanger - whilst remaining at the helm of The Delaunay kitchen. 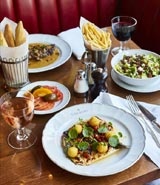 Our Head Chef at Colbert

With a background in classic French cuisine and a wealth of experience at various notable restaurants around London, Adam Middleton came to Colbert having most recently worked at Brasserie Zédel in Piccadilly. Now, one year on, we thought it timely to ask him a few questions about what makes him tick and what he's most enjoyed about his time on Sloane Square so far… 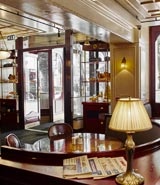 Our General Manager at Bellanger

Jo Cromwell joined Corbin & King in April 2014 and after a time in Head Office and The Wolseley, Jo moved to Bellanger where she has stayed ever since. A friendly face on the Reception Desk, 2019 sees Jo become General Manager. We ask her what she's most looking forward to achieving in the role, her areas of focus for the community and why in the restaurant world, she finds that intuition reigns supreme. 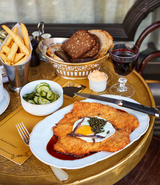 Our Head Chef at Fischer’s

From apprentice to head chef in just five years… Lauren Kerr came to Corbin & King through the Bournemouth & Pool College Chef Apprenticeship programme in January 2013. She began her career with the group at The Wolseley, working her way up from Commis Chef to Sous Chef whilst she was there. In December 2018, she left the Piccadilly institution for a Marylebone favourite to assume the role of Head Chef at Fischer's. 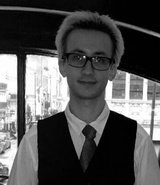 Our intern, Hunor: The Wolseley

Hunor Vásárhelyi joined us from the Budapest Business School during his four-month internship as a Senior Waiter at The Wolseley. We ask him how he got on and what he will take away from the experience. 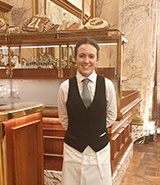 Emma Bailliard joined us from The Paul Bocuse Institute in France for a four-month internship as a Senior Waiter at Brasserie Zédel. We ask her how she got on and what she will take away from the experience. 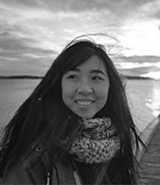 Our intern, Anin: The Delaunay

Anin Dharma joined us from Le Cordon Bleu for a three-month internship as a Pastry Commis Chef at The Delaunay. We ask her how she got on and what she will take away from the experience.